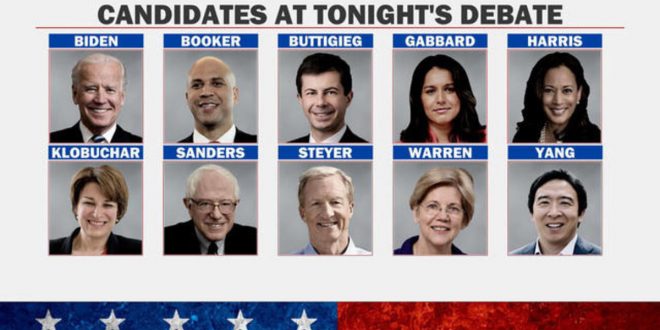 Democratic presidential hopefuls will take the stage together for the fifth time Wednesday night as the top contenders jockey for position and the flagging candidates look for a breakout moment.

The 2020 presidential primary debate will go from 9 p.m. to 11 p.m. ET in Atlanta. The event, co-hosted by MSNBC and The Washington Post, will feature 10 contenders for the Democratic nomination. The qualifying standards for debates have grown tougher as the race inches closer to the first-in-the-nation Iowa caucuses in February.

Seventeen Democratic candidates remain in the race, and hopefuls including former Housing and Urban Development Secretary Julian Castro and Sen. Michael Bennet, D-Colo., find themselves banished from the debate stage.