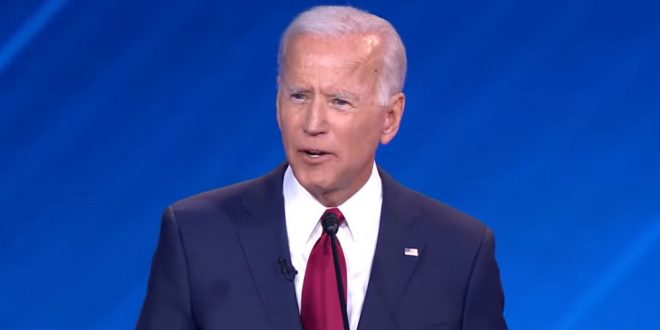 Joe Biden’s opposition to pot has apparently gone up in smoke. The 2020 Democratic presidential candidate and former vice president on Monday rolled back his stance that marijuana is a “gateway drug” — and wrongly claimed that he had never said so in the first place.

“I don’t think it is a gateway drug. There’s no evidence I’ve seen to suggest that,” Biden said in a conference call with reporters.

Biden claimed that he never said marijuana was a gateway drug, only that “some say” it is. When asked about legalizing weed, Biden said “some in the medical community” say pot needs to be studied more to determine whether it is a gateway drug or could be harmful when combined with other substances.