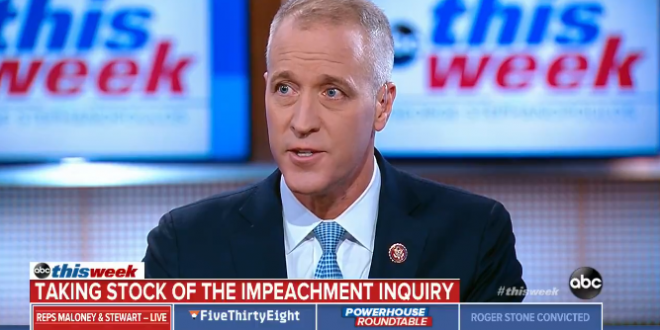 Maloney told George Stephanopoulos on ABC’s “This Week” that the “evidence is building” against President Trump in the impeachment inquiry. He said President Trump’s call with Ukrainian president Volodymyr Zelensky demonstrated the White House was withholding military aid to Ukraine in exchange for an investigation into former Vice President Joe Biden and his son.

The Democrat, who sits on the House Intelligence Committee, said that qualifies as a “solicitation of a bribe” and an “impeachable offense under the Constitution.” The New York representative said Sondland would further confirm this narrative in his public testimony this week.

“That is an impeachable offense listed in the Constitution.” https://t.co/wtwOq6TvyA pic.twitter.com/7L3q4PiNhP