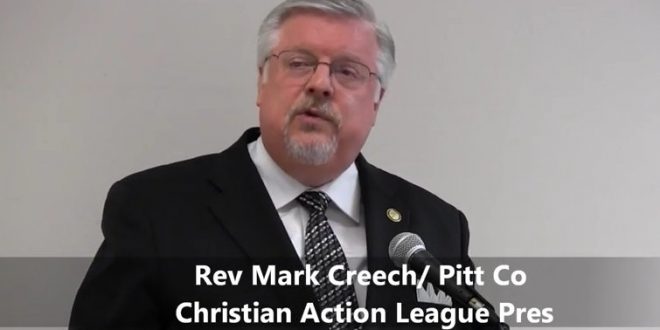 According to a press release from the HRC in partnership with the Equality Federation Institute, the “average score for cities in North Carolina is 52 out of 100 points, which falls below the national average of 60.” HRC President Alphonso David said the MEI represents “a true American value.” Rebecca Isaacs, executive director of the Equality Federation Institute, said the MEI shows that Americans believe LGBTQ people need protections now.

I beg to strongly differ that an MEI denotes an urgent moral or American imperative. It doesn’t. And the fact that North Carolina isn’t sufficiently meeting HRC’s demands provides hope that my native state, as well as others, might yet be saved from this growing impious, irregular, irreligious, malady afflicting so many of the nation’s municipalities. Yes, our state’s cities are below the ratings of HRC’s national average, and that’s a good thing!

MEI stands for Municipal Equality Index. Creech, you may recall, was a leading proponent of North Carolina’s ill-fated HB2, which resulted in widespread boycotts.