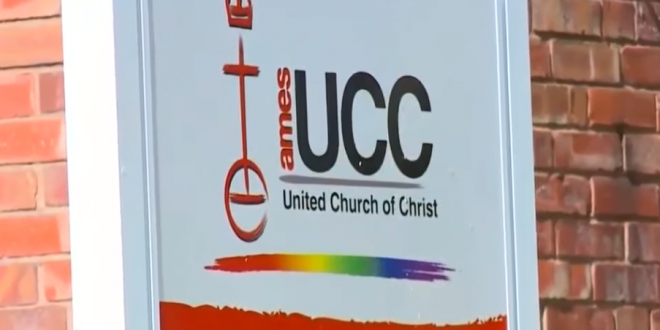 The Ames man accused of tearing down a pride banner from Ames United Church of Christ and setting it on fire was found guilty by a jury Wednesday morning.

It was the first time a hate crime has gone before a jury in Story County, Reynolds said. “Hate crimes will not be tolerated in our jurisdiction,” she said. “Offenders will be held accountable.” A date for sentencing was not immediately set, but he faces up to 15 years in prison.

Adolfo Martinez tore down an LGBTQ+ flag from the United Church of Christ in Ames and burned it. He faces up to 15 years in prison.https://t.co/lqdyCuyXpS pic.twitter.com/avJT6jyAhP