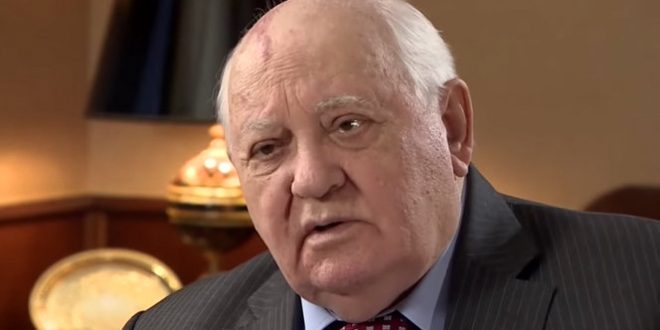 Former Soviet premier Mikhail Gorbachev has warned that tensions between nuclear powers is putting the whole world at risk, calling for all weapons of mass destruction to be outlawed by the international community.

Speaking with the BBC, the last leader of the Soviet Union warned that the U.S. and Russia remain in a state of conflict even though the Cold War ended some 30 years ago. This confrontation — which he described as “chilly, but still a war” — is among the greatest threats to global security, the 88 year old suggested.

“Look at what’s happening—in different places there are skirmishes, there are shootings,” he explained. “Ships and aircraft are being sent here, there and everywhere. This is not a situation we want.”

A little dose of reality from Mikhail Gorbachev https://t.co/E0k1FSnBEJ