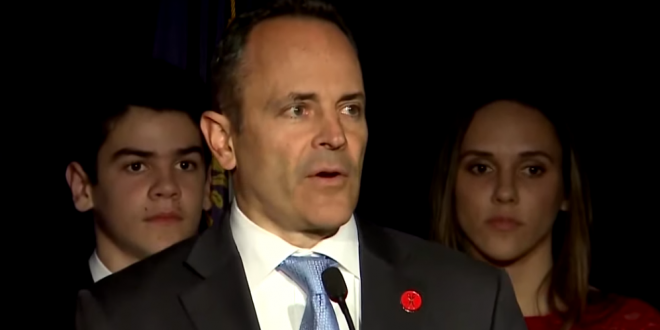 After a highly contested race, Kentucky Governor Matt Bevin is refusing to concede his seat, even though the race has been called in favor of his opponent by Kentucky Secretary of State Alison Lundergan Grimes.  The Associated Press refused to call a winner due to the tight margin of the race.

Bevin, citing “irregularities” in the voting process, has decided not to step down until a recount. There are three options to election irregularities in Kentucky: a recanvass, a recount, and an election contest. All candidates have until a week after the election to file a recanvassing request with the Secretary of State.

Although Bevin has not outlined his next steps, Kentucky law provides for a variety of possible avenues. There is no mandatory recount law in Kentucky. Bevin may request counties recanvass their results, which is not a recount, but rather a check of the vote count to ensure the results were added correctly.

Bevin would need to seek and win a court’s approval for a recount. Bevin could also mount a legal challenge to the election results, assuming he could identify sufficient grounds.

Such a move could expose Bevin to criticism that, like defeated Georgia Democratic gubernatorial candidate Stacey Abrams, he was refusing to accept the legitimate result of an election.

#ElectionNight Won 5 out of 6 elections in Kentucky, including 5 great candidates that I spoke for and introduced last night. @MattBevin picked up at least 15 points in last days, but perhaps not enough (Fake News will blame Trump!). Winning in Mississippi Governor race!

In Kentucky, the governor was down 17 points.

Bevin is talking about “irregularities.”

Coming into office he disenfranchised 180,000 people who had served their felony sentences. Kentucky makes absentee ballots hard to get, has no early voting, and closes polls at 6 pm.