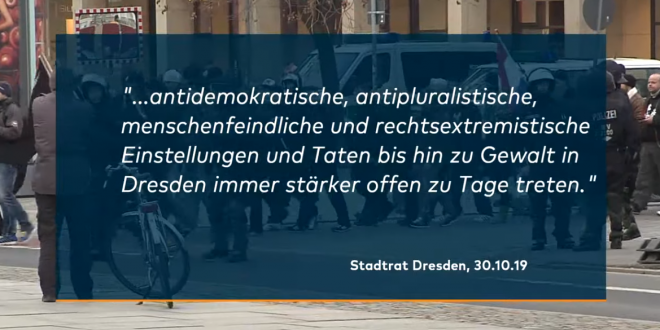 The German city of Dresden has declared a “Nazi emergency” after years of “right-wing extremist, racist” activity in the city, a local councilor says. Dresden city councilors this week passed a resolution warning that the far-right was growing in strength in the eastern German city.

“The word ‘Nazinotstand’ is an exaggerated formulation for the fact that there is a serious problem — similar to the climate emergency — with right-wing extremism right up to the middle of society,” Max Aschenbach, councilor for the satirist Die Partei (The Party), told CNN.

Aschenbach, who tabled the motion, told CNN the move was symbolic and would have no legal consequences, but that it served to highlight the threat posed by the far right in Dresden. Anti-immigrant sentiment runs high in the state of Saxony, of which Dresden is the capital: The ADF won 27.5% of the vote in this year’s state election.