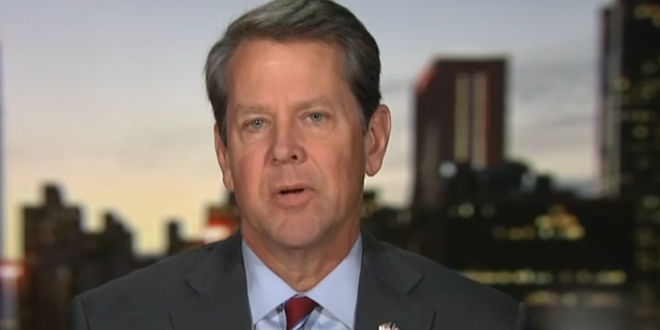 Gov. Brian Kemp plans to tap financial executive Kelly Loeffler for a U.S. Senate seat next week as he pushes to expand the Georgia GOP’s appeal to women who have fled the party in recent years.

The appointment would defy President Donald Trump and other Republican leaders who have repeatedly urged the governor to appoint U.S. Rep. Doug Collins, a four-term congressman who is one of the president’s staunchest defenders in Washington.

It would end months of jockeying for the seat to be vacated by Republican Johnny Isakson, who is stepping down at year’s end because of health issues. Loeffler would be the second woman in Georgia history to serve in the U.S. Senate.

Inquiring minds want to know if you prefer flat front jorts, pleated jorts, or cargo jorts with room to put all of your Legos, Pokémon cards, and jellybeans. Oh…and mind your own business. We don’t know you and we don’t care what you think. #gapol https://t.co/3lA20lDjR9

BREAKING: Gov. Brian Kemp plans to tap financial executive Kelly Loeffler to a U.S. Senate seat next week as he pushes to expand the Georgia GOP’s appeal to women who have fled the party in recent years. https://t.co/V193VmwLMh

1/3🚨 @briankempGA Governor Kemp needs to know Kelly Loeffler would be the wrong choice for conservatives in Georgia and supporters of President Trump on several fronts. She sits on the board of a hospital in Atlanta that employs five abortionists and

🚨 2/3 actually runs the largest training program for abortionists in GA.. She is also part owner of the WNBA’s Atlanta Dream. The WNBA has been an outspoken supporter of Planned Parenthood, even partnering with the pro-abortion organization in opposing pro-life policies.

🚨 Also she has given thous of $$ in campaign contrib to liberal and pro-abortion candidates. There are better choices for Gov.Kemp 4 the next U.S. Senator from GA. He has a list of fantastic pro-life candidates. We hope he doesn’t pick the one the pro-life community will oppose