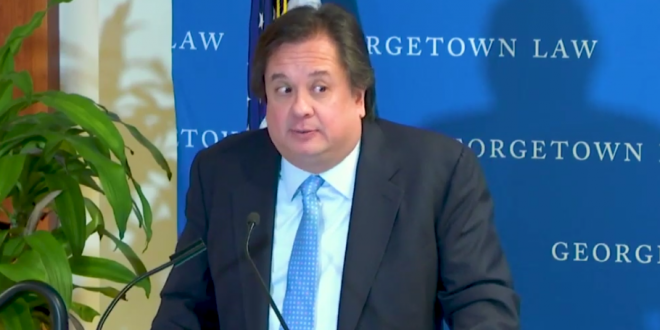 George Conway, along with several other Twitter commenters, claimed a potential acquisition of Fox News would make a huge impact in the upcoming election, and billionaire Michael Bloomberg was just the person capable of taking over the news network.

In a tweet on Friday, Tom Wright, a senior fellow at The Brookings Institute, suggested Bloomberg, who already owns the Bloomberg News empire, should buy the right-leaning Fox News, which has been notoriously loose with fact-checking and criticism of Trump. “Mike Bloomberg’s first major campaign move should be to buy Fox News,” Wright wrote.

Conway, a lawyer and the husband of Trump adviser Kellyanne Conway, agreed a potential Bloomberg acquisition of Fox News could be a great benefit to the U.S. “Seriously, that would be the greatest thing that he could do for the country,” Conway tweeted on Friday.

Seriously, that would be the greatest thing that he could do for the country. https://t.co/rfePFF9Eha