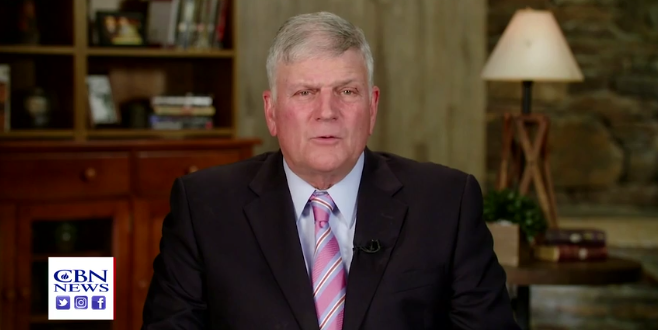 It isn’t enough for Franklin Graham and Eric Metaxas, two prominent figures within the American evangelical movement, to lavish praise on President Donald Trump. They have now decided they must try to demonize his critics. Literally.

During his November 21 interview with Graham, Metaxas, a Salem Radio Network talk-show host, asked the son of the late evangelist Billy Graham, “What do you think of what is happening now? I mean, it’s a very bizarre situation to be living in a country where some people seem to exist to undermine the president. It’s just a bizarre time for most Americans.”

Franklin Graham, president and CEO of the Billy Graham Evangelical Association, responded, “Well, I believe it’s almost a demonic power that is trying—” At which point Metaxas interjected, “I would disagree. It’s not almost demonic. You know and I know, at the heart, it’s a spiritual battle.” Graham agreed.