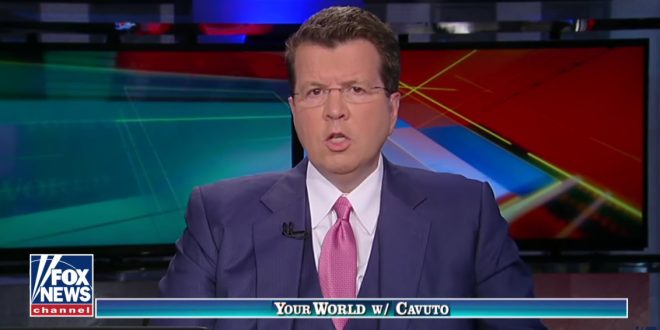 Fox News’ Neil Cavuto on Monday launched into a blistering critique of President Trump over his attacks against “Fox News Sunday” anchor Chris Wallace, saying that journalists are “obligated to question” the president and his defenders even if it means “inviting your wrath.”

“My colleague Chris Wallace has discovered again the president doesn’t distinguish,” Cavuto added, before noting that Wallace’s interview with Scalise caused an “apparently furious” Trump to lash out at the broadcaster.

@TeamCavuto Chris Wallace is an ass!! Shame on you for scolding President Trump tonight! #Witchhunt

I made the mistake of turning to watch #TheFive too soon and heard @TeamCavuto‘s hate Trump rant. Almost nothing he said was based in any fact.

Neil Cavuto got his undies in a wad and scolded President Trump just now. He says he’s been fair to President Trump. Take a poll, Neil, because you must be hearing something different than we are hearing. No you’re not fair to the President.