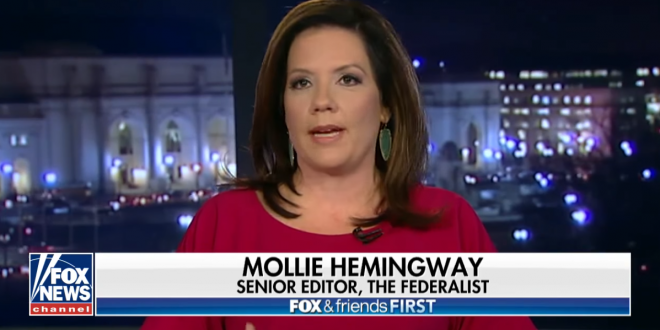 Most recently, paid Fox contributor and The Federalist editor Mollie Hemingway said the name on the November 10 edition of MediaBuzz, and earlier in the week, guest Lars Larson also said the unconfirmed name on-air.

After Hemingway’s reference to the whistleblower’s supposed identity, MediaBuzz host Howard Kurtz briefly tried to clean up her comments, saying, “I don’t know whether this is actually the person or not, and I don’t want to speculate about that.”

The Federalist has since tweeted the clip with whistleblower’s purported name in its headline.

Previous Neil Young Wants To “Vote His Conscience” On Trump But Pot Rule Made By Sessions Slows His Citizenship
Next White House: Impeachment Is Unconstitutional