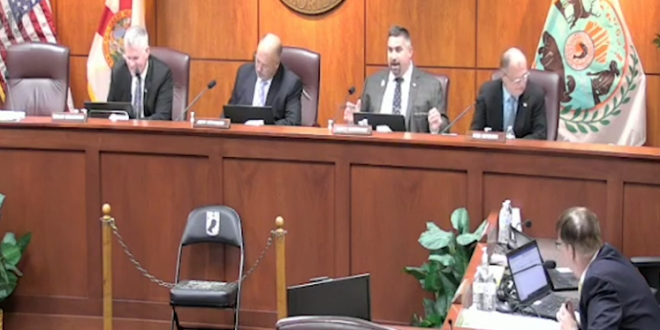 The librarians of Citrus County, Fla., had what seemed like a modest wish: A digital subscription to the New York Times. For about $2,700 annually, they reasoned, they could offer their roughly 70,000 patrons an easy way to research and catch up on the news.

But when their request came before the Citrus County commission last month, local officials literally laughed out loud. One commissioner, Scott Carnahan, declared the paper to be “fake news.” “I agree with President Trump,” he said. “I will not be voting for this. I don’t want the New York Times in this county.”

In a move that is generating intense online backlash, all five members of the commission agreed to reject the library’s request. The discussion took place Oct. 24, the same day the Trump administration announced plans to cancel federal agencies’ subscriptions to the Times and The Washington Post.