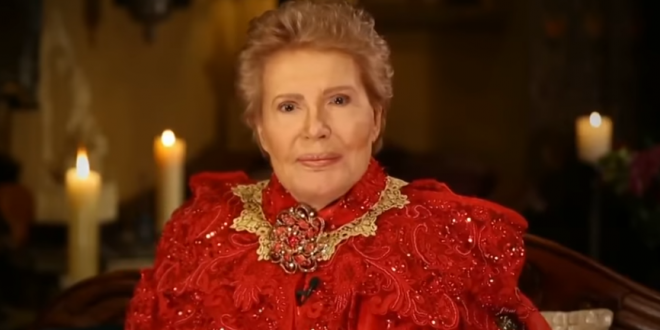 Rest in peace, Walter Mercardo. The legendary astrologer and actor has died, Telemundo Puerto Rico reports. He was 87. A family spokesperson, Omar Matos, reportedly confirmed that Mercado died on Saturday at the Auxilio Mutuo Hospital in San Juan. Mercado’s cause of death was reportedly renal failure.

Mercado, born on March 9, 1932, was known as an actor, dancer, writer and TV personality throughout his career. His astrology prediction shows aired for decades in Puerto Rico, Latin America and the United States. Following his death, fans took to social media to mourn Mercado, who was also known by his stage name, Shanti Ananda.

Since 1970, on television, then on the internet, Mercado combined his astrological predictions with extravagant robes and a grand persona to achieve transcontinental popularity.

The longevity of his popularity can be seen in his daily horoscope, remaining one of the most read features in el Nuevo Herald even today and his yearly prognostications gaining an English language following.

When I lived in South Florida, gay video bars would play montages of Mercado in his most extravagant costumes.

My friends called him “the Liberace of astrology.” As far as I can tell, he never came out publicly.