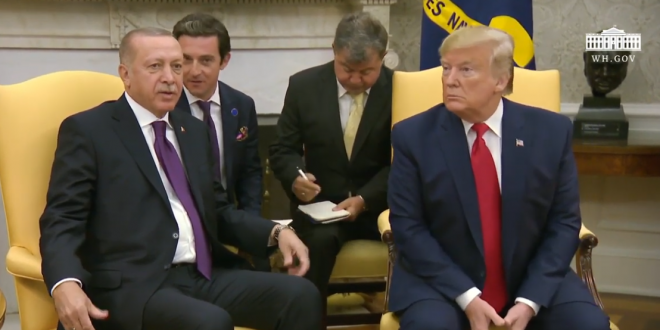 An Oval Office meeting yesterday with Turkey’s President Recep Tayyip Erdoğan took a dark turn when Erdoğan pulled out his iPad and made the group watch a propaganda video that depicted Kurds as terrorists, according to three sources familiar with the meeting.

Why it matters: The meeting hosted by President Trump included five Republican U.S. senators who’ve been among the most vocal critics of Turkey’s recent invasion of Syria and attacks on the U.S.’s Kurdish allies in the fight against ISIS.

Erdoğan apparently thought he could sway these senators by forcing them to watch a clunky propaganda film. The senators in the meeting took turns pushing back on Erdoğan, while Trump sat back and watched, intervening occasionally to play traffic cop.