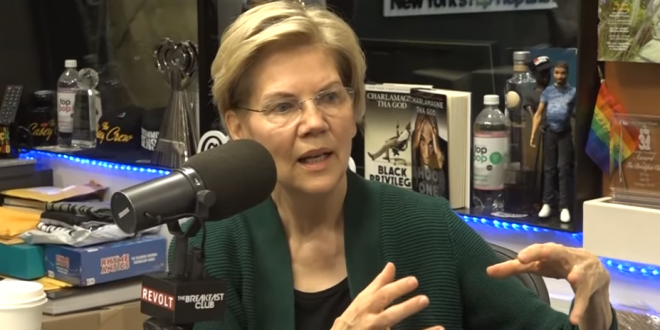 Elizabeth Warren Issues Plan To Fund Medicare For All

Sen. Elizabeth Warren pledged Friday not to raise middle class taxes to fund her “Medicare for All” plan, responding to pressure she faced as she emerged as one of the frontrunners for the 2020 Democratic presidential nomination.

In a new outline, Warren’s campaign said her single-payer health care plan would cost the country “just under” $52 trillion over a decade, which includes $20.5 trillion in new federal spending. It estimates the proposal would cost just less than the estimated $52 trillion in spending for the current system over 10 years.

Warren’s campaign said her plan would give every American “full health coverage, and coverage for long-term care.” It added that it would do so with “not one penny in middle-class tax increases” — a response to criticism from rivals such as South Bend, Ind. Mayor Pete Buttigieg

Warren’s financing plan has two parts. The first describes her approach to estimating the costs of Medicare for All. The second lays out the way she pays for the plan without, in her words, “one penny” of middle-class tax increases. As befits Warren’s wonkish, master-of-plans persona, she’s relied in both cases on top experts.

Her cost estimate was conducted by Don Berwick, the former director of the Centers for Medicare and Medicaid Services; and Simon Johnson, the former chief economist at the World Back.

Her tax plan was developed by Betsey Stevenson, who served as chief economist at the Labor Department; Mark Zandi, the head economist at Moody’s Analytics; and Johnson. Helpfully, her plan is backed up by two detailed appendices laying bare, and arguing for, the assumptions Warren makes.