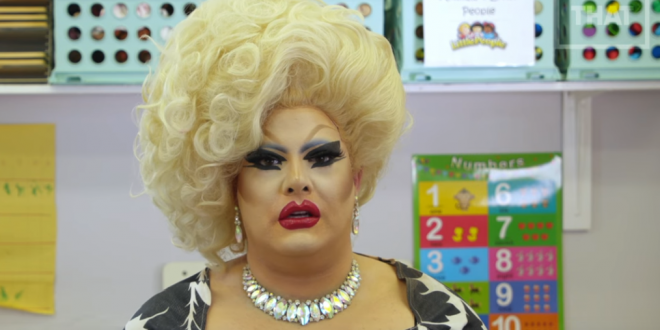 Spotted towering over the gray and blue suits packed into the first day of President Donald Trump’s impeachment hearing was an enormous blond wig — that of Pissi Myles, a drag performer from Asbury Park, New Jersey.

“It’s a crazy day in Washington! I’m flipping my wig over the high-energy proceedings today,” Myles told NBC News. “Tensions are high, and the bar for who’s allowed in the Longworth House is very, very low.”

Myles, according to her bio, is an award-winning drag performer, comedy producer and winner of Philly Drag Wars and Miss Fish NYC who performs regularly in the New York area.

A drag queen going through security at the impeachment hearings is seriously relatable content. pic.twitter.com/D8MGbHiROj

Someone did ask me last night if there’s anything in DC that surprises me anymore.

One of those public attendees of the hearings is a striking drag queen in a short red mini-dress.