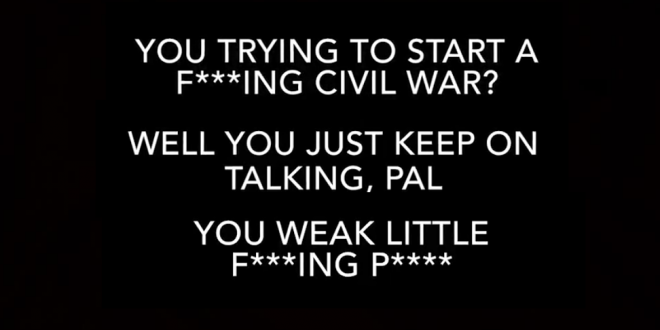 Rhode Island Rep. David Cicilline has shared a threatening voicemail allegedly from a Donald Trump supporter warning of a “civil war” and that “we’re already planning it”. It came as similar language was used by allies of the US President warning of a possible “civil war” after a sharply divided House of Representatives voted to advance the impeachment inquiry against him on Thursday.

In the message, a man calls him “my enemy.” “You’re trying to impeach my President, punk? Get some fucking evidence, take a fucking vote,” he says. “David, you weak little fucking pussy. Cicilline, you trying to start a fucking civil war? Well you just keep on talking, pal, we’re already starting it, we’re planning it, and it’s not going to be good for you or your fucking weak ass, I’ll tell you that right now. Cicilline. Punk little bitch. Trump 2020!”

This is a voicemail I got this week. Blind loyalty to the President is one thing. This is something else. pic.twitter.com/PHdKPwgt13

Previous Junior And Mistress Go As “Witch Hunt” For Halloween
Next Franklin Graham: Trump’s Extortion Was A “Good Thing”