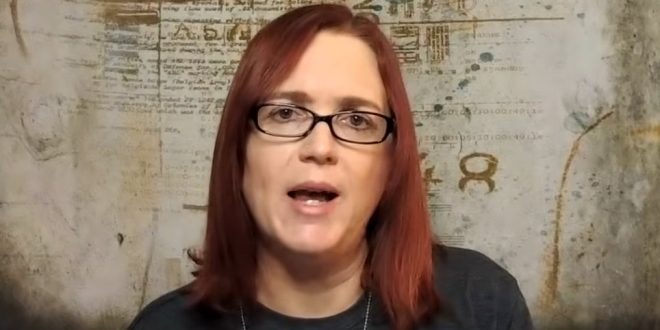 “The devil would love to make a martyr out of Kanye. Clearly, he’s doing damage to both the kingdom of darkness and the religious structure. He has the potential to spoil hell’s plans for many who have looked up to him as a gifted entertainer. He’s bold as a lion and doesn’t seem to fear man, devil or beast.

“At the same time, it’s clear the religious spirit — that murdering demon — wants to take him out before he even gets started. Let’s pray for our companion in the faith against hell’s agenda—and the religious church’s despicable persecution of which Kanye is undoubtedly aware.

“Here are some prayer points: Pray any plans of the enemy against him will be exposed and thwarted. Break word curses being spoken over his life.” – Self-proclaimed prophetess Jennifer LeClaire, writing for Charisma News.

LeClaire sometimes appears on Jim Bakker’s slop bucket show and her anti-witchcraft tutorials have gotten hundreds of thousands of views on YouTube.

Previous Cellphone Records Show Trump Called His Accuser
Next Cory Booker: I Alone Can Bring In The Black Voters