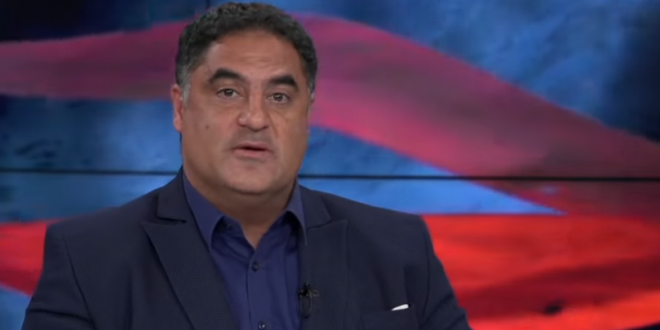 Cenk Uygur, founder of the liberal news site The Young Turks, announced he is running to replace Rep. Katie Hill (D-Calif.), in a tweet Thursday night.

The state of play: Uygur is also running against former Trump campaign adviser George Papadopoulos — who, in 2017, pled guilty to making false statements to the FBI about Russian contacts. The seat’s previous holder Rep. Steve Knight (R), who Hill defeated in 2018, is running again as well.

Hill resigned from Congress in October following a House Ethics Committee investigation into allegations she had an improper relationship with a staffer. She has denied the claims.

Uygur last appeared on JMG when Alex Jones and Roger Stone crashed his show’s set during the 2016 GOP convention and threw “Hillary For Prison” t-shirts at him. AHEM.