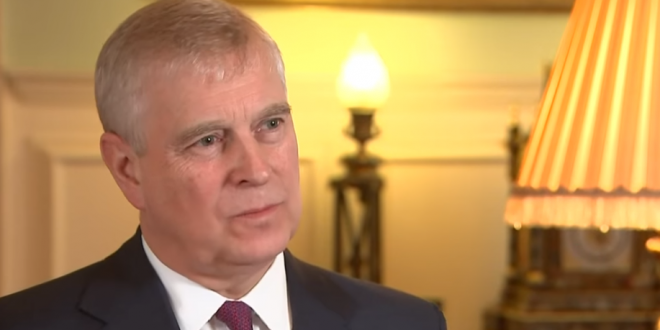 Andrew, Queen Elizabeth’s second son, denies an allegation that he had sex with a 17-year-old girl procured for him by his friend Epstein, who killed himself in a U.S. prison while awaiting trial on sex trafficking charges.

The scandal has escalated since Andrew’s rambling explanations in a disastrous TV interview aired on Saturday left many viewers incredulous, and his apparent lack of compassion for Epstein’s victims drew widespread condemnation.

In his interview with the BBC’s Newsnight on Saturday, the duke said he met Epstein “met through his girlfriend back in 1999” – a reference to Ghislaine Maxwell, who had been a friend of Prince Andrew since she was at university.

The duke said he could not recall ever meeting Ms Giuffre and recalled that he went to Pizza Express in Woking and then returned home the night she claims they first met. He sought to cast doubt on her testimony that he was “profusely sweating” in a nightclub, saying that a medical condition at the time meant he could not perspire.

And the duke said meeting Epstein for a final time in 2010 was “the wrong decision”, but said the “opportunities I was given to learn” about business meant he did not regret the friendship.