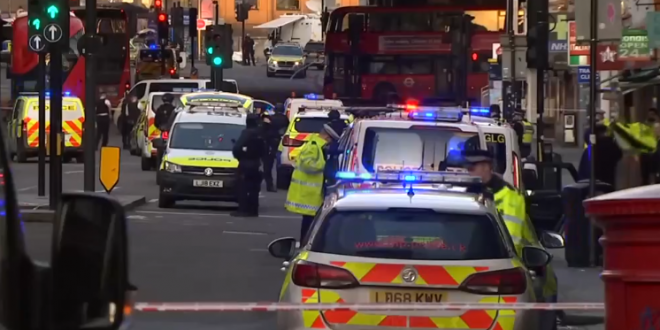 A number of people were injured in a stabbing near London Bridge in the center of the British capital on Friday afternoon, police said. One man has been arrested amid a major police incident that has cordoned off the busy surrounding area and closed local bus, subway stations and train stations.

The incident on London Bridge was first reported just before 2 p.m. and police confirmed “a number of people have been injured.” Their condition is not known. Transport for London confirmed that London Bridge station, a major terminus for commuters across the southeast of England, was closed due to an “emergency services incident.”

Police were called at 1:58pm to a stabbing at premises near to London Bridge.

Emergency services attended, including officers from the Met and @CityPolice.

A man has been detained by police. We believe a number of people have been injured. Further info to follow.

London Ambulance service declare a “major incident” at London Bridge, after “a number of people have been injured” following a stabbinghttps://t.co/ZKuTDCRftk pic.twitter.com/Tw4eaGA0Gv

Breaking News: The police opened fire on London Bridge, according to eyewitnesses, after responding to a stabbing. The authorities said they believed several people to be injured. This is a developing story. https://t.co/RTpTcXXJiN