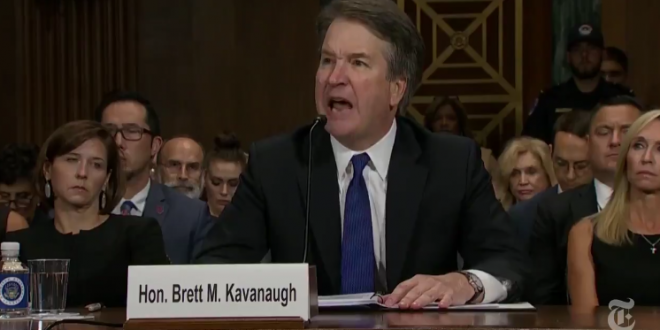 It was a historic moment in April 2017 when Supreme Court justice Anthony M. Kennedy presided over the ceremonial Rose Garden swearing-in for the court’s new member, Neil M. Gorsuch: the first time a sitting justice was joined on the nation’s highest court by one of his former law clerks. But a secret meeting moments later in the White House was just as significant, according to a new book by Ruth Marcus, a Washington Post deputy editorial page editor.

Kennedy requested a private moment with President Trump to deliver a message about the next Supreme Court opening, Marcus reports. Kennedy told Trump he should consider another of his former clerks, Brett M. Kavanaugh, who was not on the president’s first two lists of candidates.

“The justice’s message to the president was as consequential as it was straightforward, and it was a remarkable insertion by a sitting justice into the distinctly presidential act of judge picking,” Marcus writes in “Supreme Ambition: Brett Kavanaugh and the Conservative Takeover.”