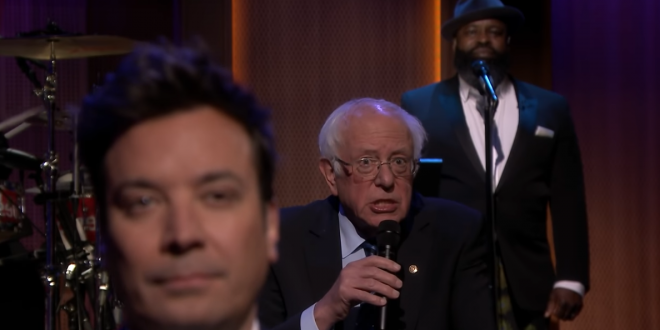 Senator Bernie Sanders joined Jimmy Fallon on Tuesday for The Tonight Show, and the two of them got smooth with a “Slow Jam the News” recap of last week’s Democratic debate.

“We can no longer tolerate three people owning more wealth than the bottom half of America,” Sanders said. “I have the experience to fight for that bottom half and to create an economy that works for all of us, and not just those on top.”

“Oh yeah, Bernie Sanders is looking out for your bottom half,” Fallon said. “He knows it’s been neglected for too long, now he wants to pay it some extra special attention. He’s sick and tired of having just a few people on top, that’s why Bernie’s here to spread the love.”