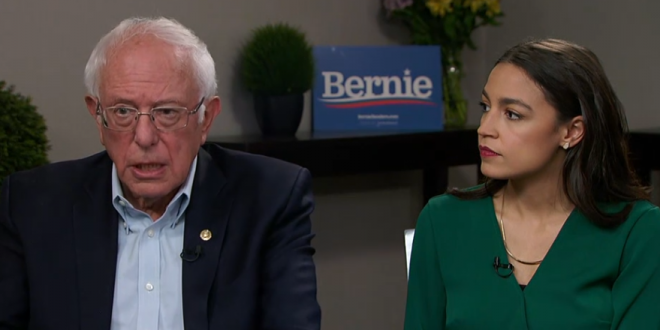 Sen. Bernie Sanders, I-Vt., and Rep. Alexandria Ocasio-Cortez, D-N.Y., took a break from campaigning throughout Iowa on Saturday to join ABC News for a wide-ranging interview that included sharp words for a potential rival. The senator and the representative each criticized former New York City Mayor Michael Bloomberg, who’s now considering his own 2020 bid. “That is the arrogance of billionaires,” said Sanders, referring to reports that if Bloomberg runs he doesn’t intend to participate in early-state primaries.

“I’m doing five events this weekend right here in Iowa,” Sanders continued. “We’re all over New Hampshire, South Carolina, Nevada, California. But he’s too important. You see, when you’re worth $50 billion, I guess you don’t have to have town meetings, you don’t have to talk to ordinary people. What you do is you take out, I guess a couple of billion dollars, and you buy the state of California.”