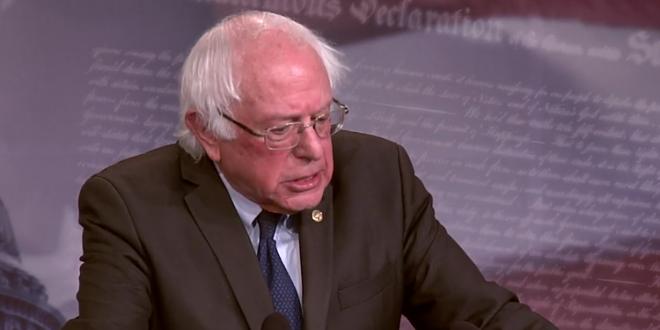 “I’m disgusted by the idea that Michael Bloomberg or any other billionaire thinks they can circumvent the political process and spend tens of millions of dollars to buy our elections. It’s just the latest example of a rigged political system that we are going to change when we’re in the White House,” Sanders said in a statement.

“If you can’t build grassroots support for your candidacy, you have no business running for president. The American people are sick and tired of the power of billionaires, and I suspect they won’t react well to someone trying to buy an election.”