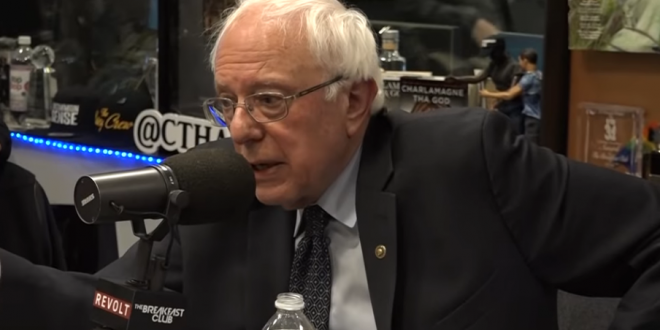 Bernie: Apple Is “Throwing Pennies” At Crisis It Created

Sen. Bernie Sanders (I-Vt.) on Monday accused Apple of “throwing pennies at a housing crisis” that it “helped create” after the tech giant announced it will spend $2.5 billion on affordable housing in California.

The presidential candidate released a statement ripping Apple’s “hypocrisy” and saying he would require large companies to pay “their fair share” in order to make “investments that guarantee Americans affordable housing.”

“Apple’s announcement that it is entering the real estate lending business is an effort to distract from the fact that it has helped create California’s housing crisis – all while raking in $800 million of taxpayer subsidies, and keeping a quarter trillion dollars of profit offshore, in order to avoid paying billions of dollars in taxes,” Sanders said in the release.

Previous REVEALED: RNC Paid To Swamp Phone Lines Of Dozens Of House Dems With Thousands Of Pro-Trump Calls
Next GOP May Assign Gym Jordan To Intel Committee So He Can Derail Impeachment Hearings With His Histrionics