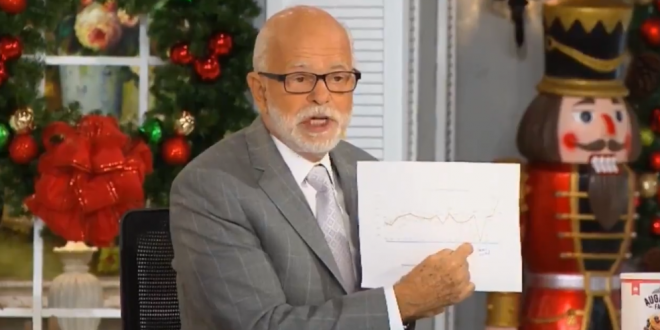 “You wanna see a chart that’s gonna blow your mind? I just got this from one of my newsmen here in the staff. You see that? You see what this is? This is the lowest earthquake – look – we’re going along with earthquakes.

“This is earthquakes. Lookit down here! You wanna know what that is? That’s the election of Donald Trump.

It looks like Bakker faked his chart, as the actual data shows no such drop in 2016. pic.twitter.com/qROLbh8mjT