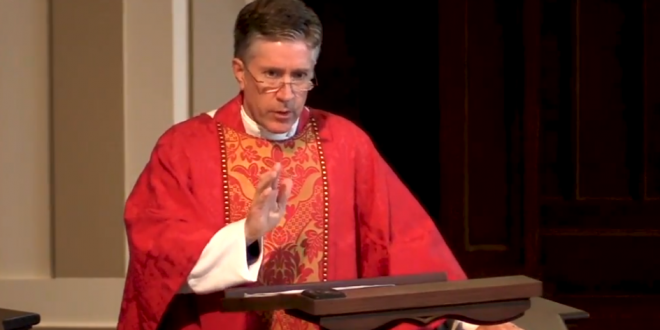 Eric Dudley, the founder of St. Peter’s Anglican Church in Tallahassee and an outspoken opponent of homosexuality, subjected aspiring priests and other young men to sexual misconduct and harassment and abused his power as long-time rector before he finally was forced to resign.

That’s according to a report by Godly Response to Abuse in the Christian Environment (GRACE), an independent group that helps churches with abuse inquiries and investigated allegations against Dudley.

The report, released Tuesday, illustrates how he pursued attractive young men, showering them with attention and gifts and giving them jobs at the church, even as he publicly espoused anti-gay views.

Hit the link for the gory details. There’s a lot of them.