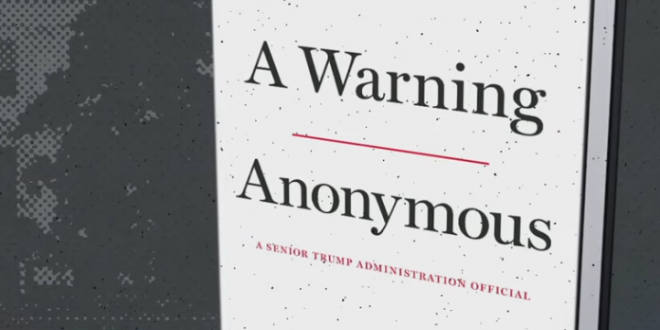 The anonymous Trump administration official who set Washington ablaze with an op-ed detailing an insider plot to restrain President Donald Trump has vowed to expose their identity as the 2020 election heats up.

“Trump will hear from me, in my own name, before the 2020 election,” the official declared in a Reddit “Ask Me Anything” session on Tuesday night. The anonymous official is promoting a new book, “A Warning,” which describes Trump as a threat to the country and dangerously unfit for the Oval Office.

“As far as anonymity is concerned, I will not keep my identity shrouded in secrecy forever,” the official added. “I am not afraid to use my own name to express concern about the current occupant of the Oval Office. Donald Trump has not heard the last of me.”