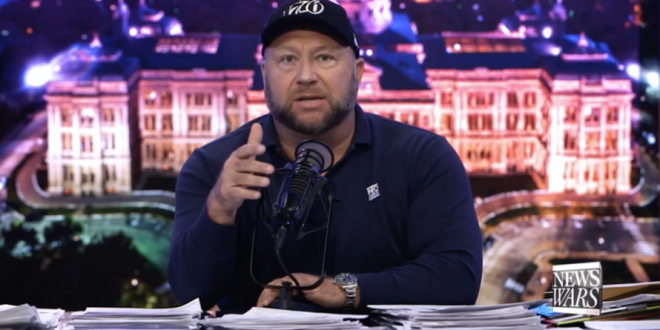 Alex Jones: Roger Stone’s Lawyers Are Furious With Me For Publicizing His Request For A Pardon From Trump

According to Alex Jones, Roger Stone’s lawyers are furious with him for airing Stone’s request for a pardon by Trump.

Following his conviction, prosecutors argued that Roger Stone should be immediately remanded into custody because he violated a gag order he is under by passing a public announcement through far-right conspiracy theorist Alex Jones the previous day. Stone, however, was released by the judge on certain conditions, including an ongoing gag order, as he awaits his February sentencing.

During his November 15 broadcast of The Alex Jones Show, Jones read a text message from one of Stone’s attorneys that purportedly said, “Your reporting almost got Roger taken into custody immediately upon the verdicts. The government cited you and argued for immediate imprisonment. Please be cautious about your comments concerning private communications.” Jones’ on-air comments on November 15 reveal a rift between Jones’ Infowars and Stone’s attorneys.