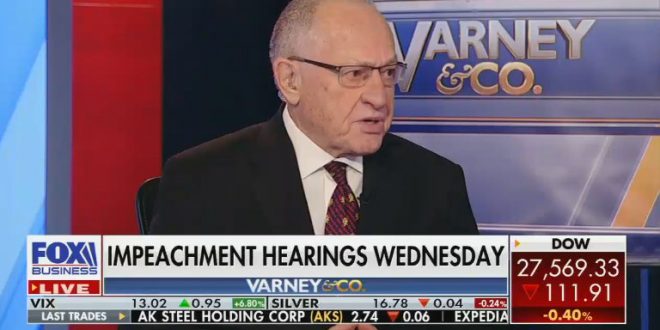 “There are two issues: What happened on those phone calls, and is there any possibility that there is an impeachable offense? Let’s get to the second one first — the answer is no. There is no possibility. Take the worst, worst, worst-case scenario — the president abused his foreign policy power to gain political advantage. How many presidents have done that over time? It’s not among the listed impeachable offenses.

“It’s not any kind of a crime. It may be a political sin — that’s a good reason for deciding who to vote for — but it’s not a good reason for removing a duly-elected president. The Framers had a debate about this, and they rejected the concept of ‘maladministration’ as a ground for impeachment. You need to show bribery, treason, or high crimes and misdemeanors. And even in the worst-case scenario by the phone call, it’s not there.