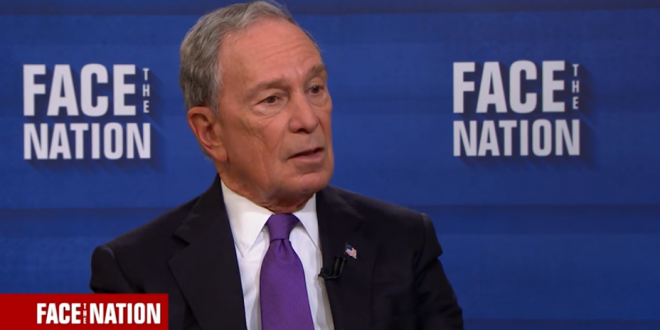 A sliver of the Democratic electorate is ready for the presidential candidacy of former New York City Mayor Michael Bloomberg, according to a new Morning Consult poll, which found him to be as competitive as the party’s current top candidates against President Donald Trump in a hypothetical matchup.

According to the Nov. 8 poll, 4 percent of Democratic primary voters said the billionaire and former Republican would be their first choice for the party’s nomination to take on Trump next year — placing him above 10 candidates currently in the race.

Bloomberg had initially ruled out a run for the Democratic nomination, but on Friday filed to be on the party’s primary ballot in Alabama, an initial step that would allow him to compete for one of 2020’s “Super Tuesday” states if he does enter the race.

Bloomberg jumps right into the middle before his campaign even begins… going to get interesting. pic.twitter.com/eXoyyC2BKD

Once again Trump can’t get above 40 against anyone, but Bloomberg is as strong against Trump as anyone which will definitely motivate him to go all in. pic.twitter.com/v0lE3NluV5