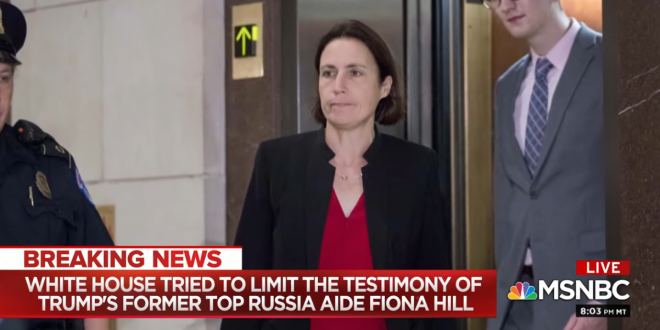 The White House tried to limit what Fiona Hill, who until August served as President Donald Trump’s top Russia analyst, could say to Congress in its impeachment inquiry, correspondence between her lawyers and a White House deputy counsel shows.

The letters, obtained by NBC News, illustrate that while the White House did not try to block Hill from testifying, it did tell Hill’s lawyers about four areas that could potentially fall under executive privilege.