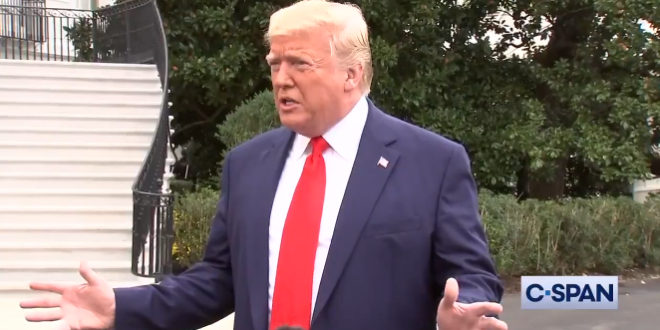 The White House is preparing to formally object to Democrats’ impeachment inquiry as soon as today, saying it won’t cooperate with the probe because it was initiated without a vote of the House.

The White House Counsel’s Office was preparing to send a letter to House Speaker Nancy Pelosi objecting to the form of the impeachment investigation, a person familiar with the matter said late Thursday, speaking on condition of anonymity to discuss the letter before its dissemination.

Rudy Giuliani, the president’s personal attorney, confirmed that the letter was forthcoming. Pelosi last week announced that the House was beginning the formal inquiry but didn’t seek the consent of the full chamber, as was done for impeachment investigations into former Presidents Richard Nixon and Bill Clinton.