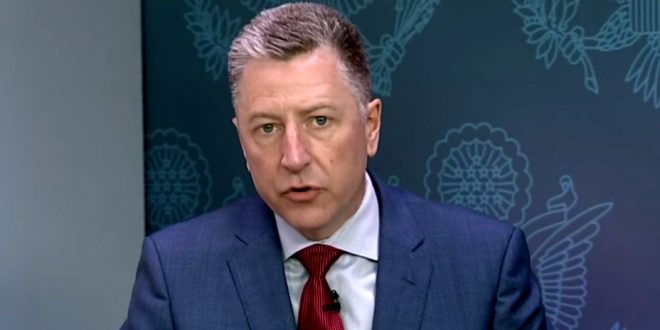 The former U.S. special envoy for Ukraine told House investigators on Thursday that he warned President Trump’s personal attorney, Rudolph W. Giuliani, that Giuliani was receiving untrustworthy information from Ukrainian political figures about former vice president Joe Biden and his son, according to two people familiar with his testimony.

Kurt Volker, who resigned last week after being named in a whistleblower complaint that sparked the House impeachment inquiry of Trump, said he tried to caution Giuliani that his sources, including Ukraine’s former top prosecutor, were unreliable and that he should be careful about putting faith in the prosecutor’s stories.

Volker’s testimony offers the first inside account of the Trump administration’s efforts to press for a Ukrainian investigation into Trump’s political rival.

Previous Jacob Wohl’s Anti-Warren Scam Instantly Falls Apart
Next Franklin Graham: Our Country Could Begin To Unravel If Trump Is Thrown Out Of Office Due To The Lying Media