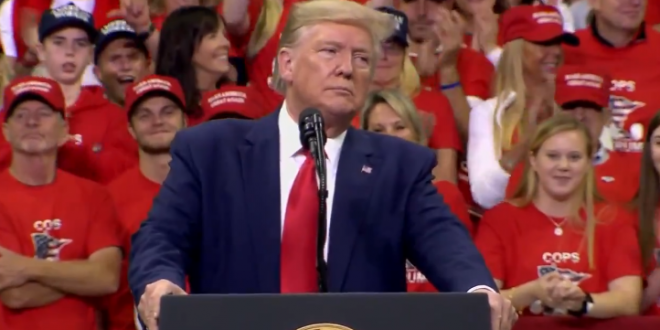 A poll that President Donald Trump has frequently praised for its “accuracy” announced Wednesday that public approval of his administration appears to be diminishing in the wake of the impeachment inquiry and his decision to pull American troops out of Syria.

The poll further reported that 45 percent of Americans “strongly” disapprove of Trump’s job performance, while 32 percent “strongly” approved. The president has previously praised Rasmussen for what he has viewed as its precision and lack of bias, referring to it as “one of the most accurate” polls.