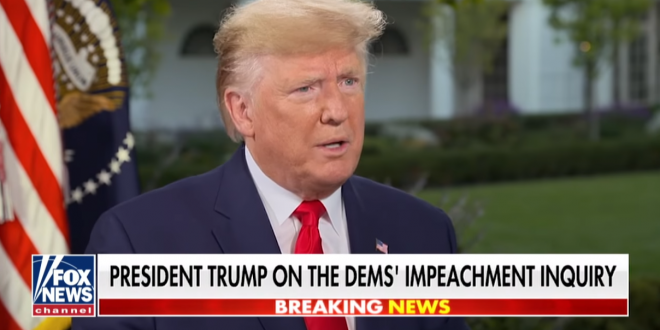 President Donald Trump’s Monday night Fox News interview was a televised version of his Twitter rants. Typically The Washington Post is his favorite foe, due to ownership by actual billionaire Jeff Bezos, but in his interview with Sean Hannity, Trump also attacked The New York Times.

“Look, they give Pulitzer Prizes to people that got it wrong. In all these people from The New York Times which is the fake newspaper, we don’t even want it in the White House anymore, and we’re probably going to terminate that and The Washington Post from the White House because they are fake.”

Trump says he doesn’t even want the New York Times in the White House anymore so will probably terminate their customer arrangement, and the Washington Post. He is complaining about their Pulitzer Prizes. He is falsely claiming the Times apologized for its coverage.