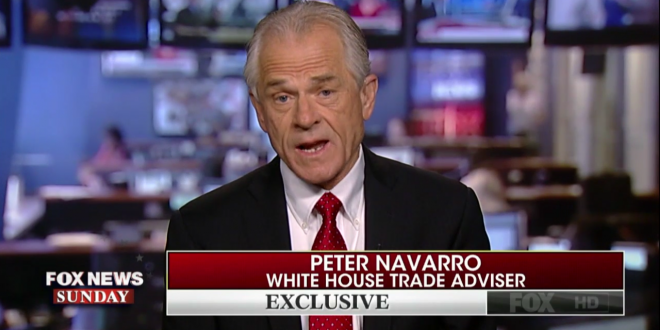 Ron Vara has strong opinions. He thinks you’ve “got to be nuts to eat Chinese food.” He doles out little scraps of wisdom, like “Don’t play checkers in a chess world.” Vara is a military veteran and Harvard-trained economist who made seven figures in the stock market by investing in companies that do well during international crises. His contrarian savvy earned him an ominous-sounding nickname: Dark Prince of Disaster.

Vara makes frequent cameos in the books of Peter Navarro, a White House adviser who is often referred to as Trump’s “China muse.”

Before joining the White House, Navarro was a professor of economics and public policy at the University of California at Irvine and the author of books like Death by China: Confronting the Dragon — A Global Call to Action and The Coming China Wars: Where They Will Be Fought and How They Can Be Won. He’s since become one of Trump’s most dogged defenders, telling CNN recently that “I am never disappointed in my president.”

Rearrange the letters in “Ron Vara” and you’ll know where this is going. Navarro is currently the most obnoxious douchebag spinning Trump’s lies on cable news. Hit the link.