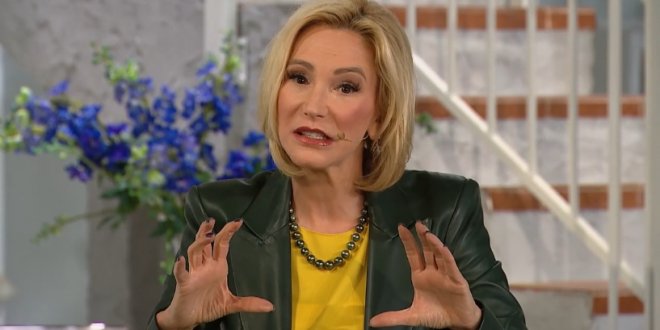 Trump Spiritual Advisor: Every Christian Must Make “Warfare” Against Halloween To Protect The President

“Let every demonic network that has aligned itself against the purpose, against the calling of President Trump, let it be broken. Let it be torn down in the name of Jesus. Let the council of the wicked be spoiled right now.

“Now I declare that You will surround him and protect him from all destruction. That the angel of the Lord encamp around about him. Around his family, according to Psalm 34:7. Establish him in righteousness, and let oppression be far from him, according to Isaiah 54:14.

“And everybody said, Amen.” –  Paula White, quoted in a Charisma News article titled Why Every Christian Must Make Spiritual Warfare This Halloween.