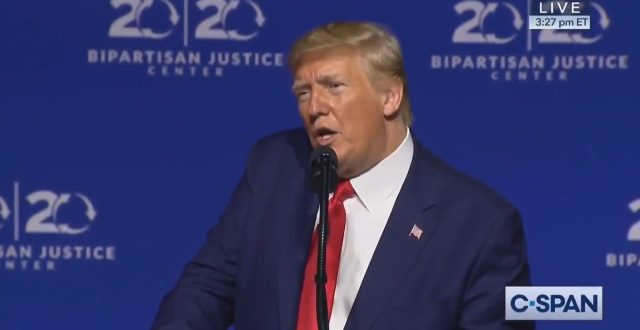 In the buildup to his arrival, tensions surrounding the president’s visit to Benedict College in Columbia were becoming more pronounced. According to the White House, there were approximately 300 tickets total to the invitation-only event, dubbed the 2019 Second Step Presidential Justice Forum by the White House.

Half of these tickets were reserved for guests of the administration, while the other half were being distributed locally. And at least 10 Benedict students got to hear Trump’s remarks in person, Benedict spokeswoman Kymm Hunter told The State.

On Thursday, Columbia Mayor Steve Benjamin — a co-host of the forum — also told McClatchy DC that 10 Benedict College students would get admission but added that 200 Trump allies would be filling auditorium seats.

President @realDonaldTrump: “The best is yet to come” for the African American community pic.twitter.com/2HxhFtJxr0