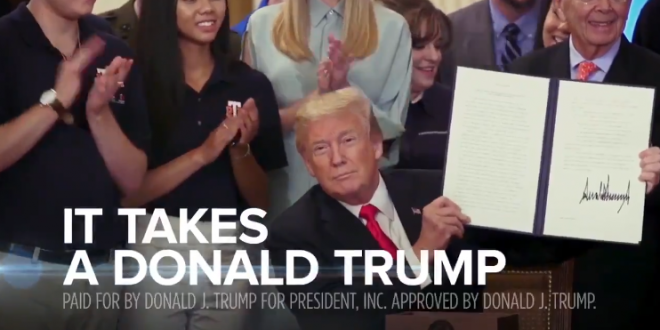 The seventh and deciding game of the World Series got a dose of presidential politics on Wednesday night, as President Donald Trump’s re-election campaign unveiled a new ad, rattling off accomplishments of the President, and blasting Democrats for focusing on investigations and impeachment in Congress.

The choice to run the ad during the World Series came three days after President Trump was loudly booed when he appeared on the stadium video board at Nationals Park in Washington, as he watched Game 5 with a group of friendly GOP lawmakers.

“Democrats would rather focus on impeachment and phony investigations, ignoring the real issues,” the advertisement said. “He’s no Mr. Nice Guy, but sometimes it takes a Donald Trump to change Washington,” it continued.

Game 7 World Series ad, 1 year out. #WeAreComing and fighting for the forgotten Americans.

“He’s no Mr. Nice Guy, but sometimes it takes a Donald Trump to change Washington.” pic.twitter.com/DSqh6RpaGt