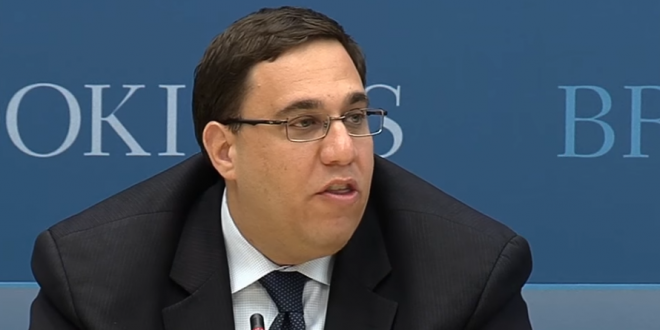 A lawyer for Donald Trump argued in federal court on Wednesday that the president could shoot someone on 5th Avenue in New York City and not be prosecuted. The lawyer, William Consovoy, was responding to a question by Judge Denny Chin of the Court of Appeals for the 2nd Circuit, who asked, “What’s your view on the 5th Avenue example? Local authorities couldn’t investigate? They couldn’t do anything about it?”

“I think once the president is removed from office, any local authority — This is not a permanent immunity,” Consovoy said. “Well, I’m talking about while in office,” Judge Chin continued. “No,” Consovoy interrupted. “That’s the hypo[thetical]. Nothing could be done — that’s your position?” the judge pressed. “That is correct. That is correct,” Consovoy responded.

Trump lawyer William Consovoy arguing before 2nd Circuit in NYC right now that in the hypothetical scenario of a president shooting someone on 5th Avenue the president can’t be prosecuted while he’s in office. Listen here via @cspan https://t.co/BSHnj68hAD

(You read that right. That was an actual oral argument made in federal Court today by lawyer William Consovoy.) https://t.co/DQ39FZ2ne7

Previous Christian TV Host: If Trump Is Removed From Office His Supporters Will Violently Hunt Down Those Responsible
Next Ukraine President Held Meeting About Trump And Giuliani’s Pressure On Bidens Before Even Taking Office