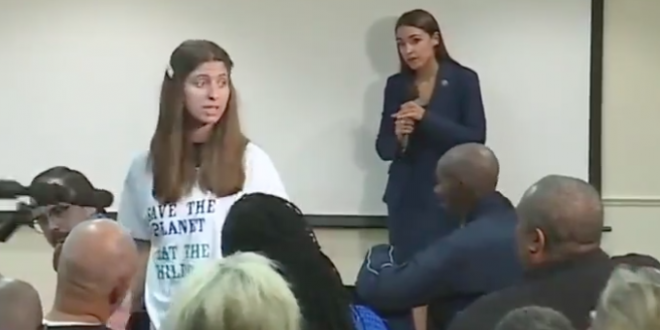 An operative with LaRouche made headlines overnight after standing up at AOC’s town hall in Queens yesterday and saying that humanity should eat babies, among other ridiculous things, to address the climate crisis.

Viral video from the incident shows a woman posing as a supporter of AOC and wearing a shirt that reads, “Save the Planet, Eat the Children.” Many people clearly thought she was mentally disturbed, but LaRouche PAC, a fringe organization that believes climate change is a hoax, was behind the stunt, according to the group’s Twitter account.

The clip was shared online by The Daily Wire’s Ryan Saavedra, who falsely called the planted activist one of Ocasio-Cortez’s “constituents,” as did political operative James O’Keefe.

Breitbart News, Gateway Pundit, Infowars, Fox News, and a myriad of far-right and pro-Trump personalities spread the video with suggestions that the woman talking about eating babies was just another Democrat.

It was picked up by the president’s son, Donald Trump Jr., and shortly after that it was blasted across the nation from President Donald Trump’s Twitter account.

It was us. Malthusianism isn’t new, Jonathan Swift knew that. Sometimes, only satire works. https://t.co/vR8oXdx39i

Seems like a normal AOC supporter to me. https://t.co/NWVMRD0wsl

Turns out the woman yelling was a Trump supporter 🤷🏽‍♀️

Doesn’t rule out potential mental issue (Drs do that) but good to know they were not in crisis.

Earlier this year I was stalked & very nearly hurt by a disturbed person. I don’t take chances & immediately try to de-escalate. https://t.co/kgWFvigJhy 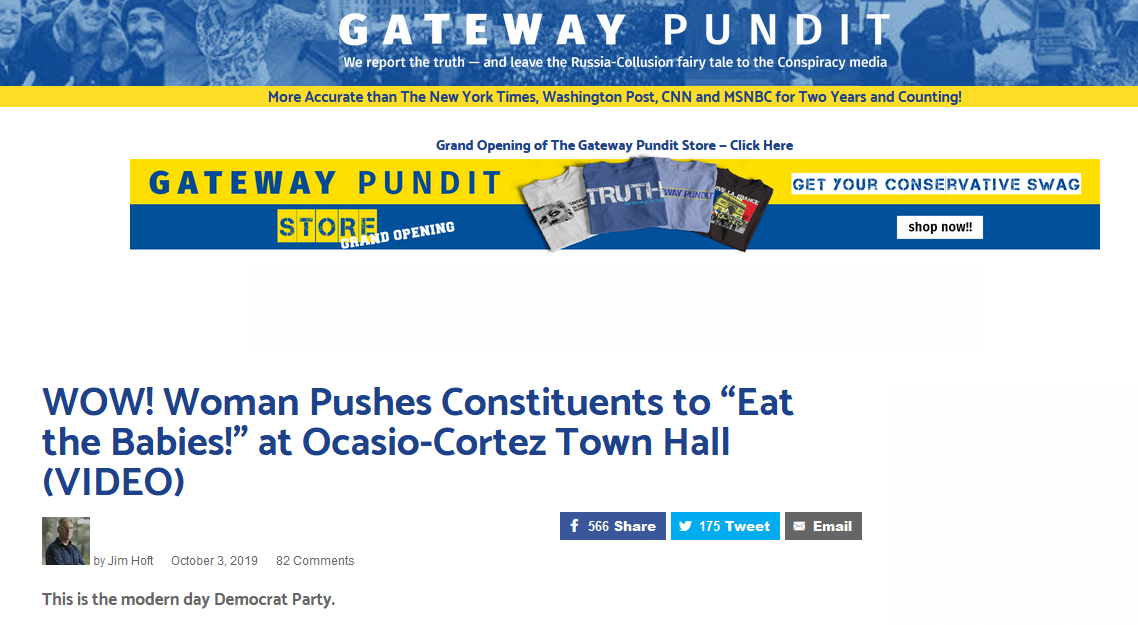