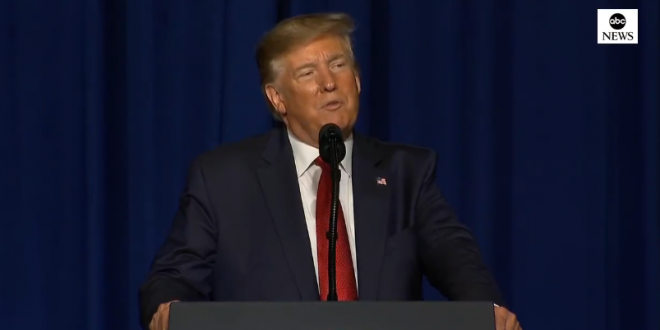 In late September, Mr. Trump changed his primary residence from Manhattan to Palm Beach, Fla., according to documents filed with the Palm Beach County Circuit Court. Melania Trump, the first lady, also changed her residence to Palm Beach in an identical document.Each of the Trumps filed a “declaration of domicile” saying that the Mar-a-Lago Club, Mr. Trump’s resort in Palm Beach, will be their permanent residence. White House officials declined to say why Mr. Trump changed his primary residence, but a person close to the president said the reasons were primarily for tax purposes.

The person also said that Mr. Trump, who is deeply unpopular in New York, was infuriated by a lawsuit filed by Cyrus R. Vance Jr., the Manhattan district attorney, seeking the president’s tax returns, which Mr. Trump has not released. Changing his residence to Florida is not expected to have any effect on the lawsuit.