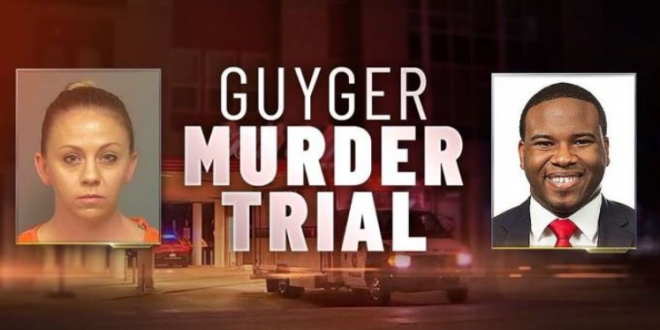 Texas Cop Guilty Of Murder In Shooting Of Neighbor

Amber Guyger was found guilty of murder on Tuesday for fatally shooting her neighbor, Botham Jean, after thinking he was an intruder when she mistakenly entered his apartment. She faces a maximum of life in prison. The jury was tasked with deciding whether or not Guyger, 31, acted reasonably when she used deadly force, and if the prosecution had proven beyond a reasonable doubt that she intentionally killed Jean or if a lesser charge of manslaughter, which involves reckless conduct, was warranted.

Deliberations began Monday afternoon after a week-long trial, which included the playing of the 911 call that Guyger made after shooting Jean and dramatic bodycam video from officers who responded to the scene. Guyger was off duty but in uniform when she shot twice at Jean on Sept. 6, 2018, just before 10 p.m., striking him in the chest. She had worked a 13-1/2-hour shift on the Dallas Police Department’s crime response team that day and parked on the fourth floor of the complex’s garage.