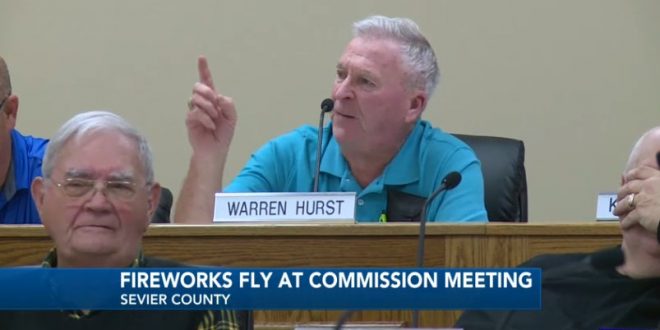 WVLT News was at the meeting and observed as one woman stood up and replied to Hurst, “Excuse me” she said. “This is not professional. This is [expletive].” The woman left the meeting, and Hurst made another comment about the state of white male rights in the country.

Officials from the city and county have condemned Hurst’s comments. Hurst say he has nothing to apologize for.

Previous Boris Johnson Loses Key Vote On Brexit Timetable
Next US Ambassador Contradicts Trump: I Was Told Ukraine Had To Publicly Go After The Bidens To Get Our Money