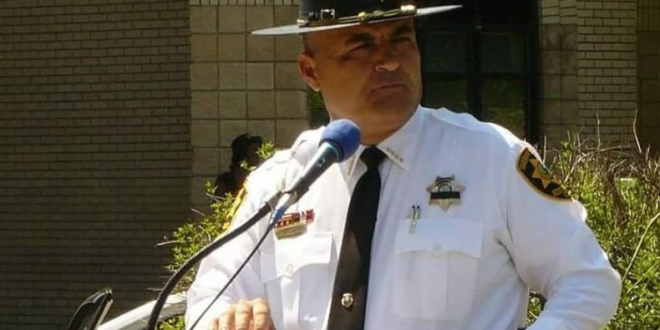 From the sheriff of North Carolina’s Scotland County:

Effective immediately! The policy has been changed in reference to Cohabitation. The policy change will be distributed on Monday. It will be prohibited for you to live with another while employed at the Scotland County Sheriff’s Office unless you are officially married according to the law and word of God, sisters, brothers, or family by blood. This shall not apply  to those whom are currently cohabitating. However, if your current relationship with the other party should cease, you will comply with the new policy change. Thank you, Sheriff.

The banner image for the sheriff’s official Facebook page reads “In God We Trust.”

The Freedom From Religion Foundation is already on it.

Scotland County, population 35,000, lies on the border with South Carolina.

Previous Geraldo: The WH Should “Blow Its Nose” On Subpoenas
Next John Bolton To Pen Book About Time In White House