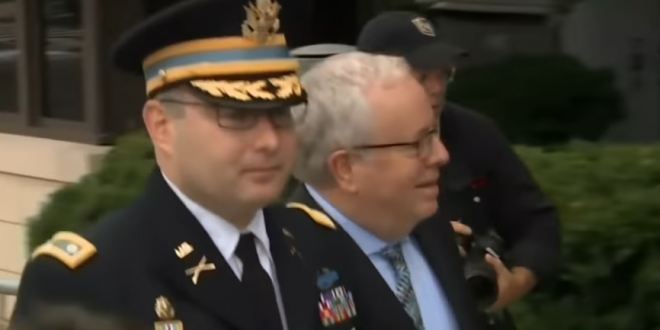 Lt. Col. Alexander S. Vindman, the top Ukraine expert on the National Security Council, told House impeachment investigators on Tuesday that the White House transcript of a July call between President Trump and Ukraine’s president omitted crucial words and phrases, and that his attempts to include them failed, according to three people familiar with the testimony.

Colonel Vindman, who appeared on Capitol Hill wearing his dark blue Army dress uniform and military medals, told House impeachment investigators that he tried to change the reconstructed transcript made by the White House staff to reflect the omissions. But while some of his edits appeared to have been successful, he said, those two corrections were not made.